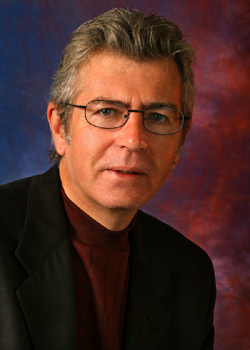 The Spring Session of classes has ended and I survived the 4 exams in 25 hours. This means there will be no more posts about Prof. Cottrell and her dances, or Prof. Bell and his adherence to factual errors in course curriculum, or Prof. MacArthur... which did nothing out of the ordinary - other than being the youngest professor I've had.

Now here comes the boss level. The new session involves only one major course, Geology and the Environment (ERSC1F90), with Professor Rick Cheel. I have experienced on of his lecture series before, which is now the reason why I explicitly avoid classes held in the David Howes Theatre. Most other students have mixed reviews of hime either being horribly intimidating or having the demeanor of a total stoner. I see good reasons for both, as any non-science major would jump into a science course for the mandatory context credit this man holds a great deal of power regarding ones ability to graduate - very intimidating by proxy. On the flip side he reads. It is this slow monotonous reading that even though the course material was interesting and the presentations media rich sent me into a pseudo-slumber in DHOWES (Dim the lights and talk slowly in a deep voice and I will ... what? where am I?). Also, he is likely one of the professors that is most secure in his job, as a senate leader and professor in a set of courses that most students find refuge in he has considerable influence and recognition. His career seems so externally strong he could probably survive a couple ... rants.

Here is a heads up bonus to all of the other students attending this summer course. Good luck.